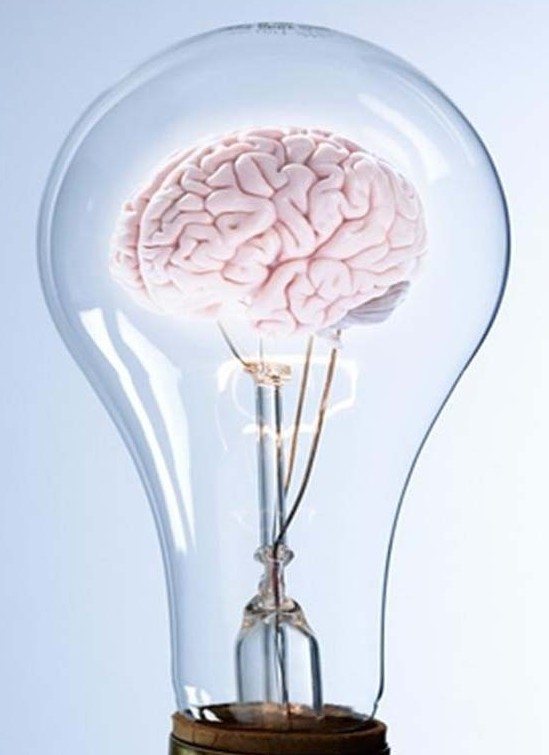 Learning is a process by which we integrate new knowledge generated as a result of experiences. The product of such experiences is converted into memories stored in our brain. There is basically no learning without memories.

There are essentially two ways in which learning occurs: one is called classical conditioning and the other instrumental conditioning. Both ways modify brain structure and brain chemistry, but they do so with varying degree of awareness or self-control. Classical conditioning pertains to situations in which we tend to respond automatically, based on the severity or repetition of a stimulus. The amygdala is involved in regulating many of our autonomic, fight or flight type responses.

For instrumental conditioning, more brain structures appear to take an active role in encoding and reinforcing a learned behavior. For instance when we learn driving, the repetition or rehearsal of that behavior will involve the perceptual and motor systems as well as the frontal lobes. As the behavior is memorized, it is managed by the basal ganglia. People who have lesions in the basal ganglia have severe deficits in their capacity to learn via instrumental conditioning. The process by which we learn new behaviors is also largely influence by specific neurotransmitters, especially dopamine which is known to reinforce or reward specific behaviors by making us feel good about it.

Memory is typically described as either short or long-term. Short term memory is also called working memory and can last from several minutes to a few hours. The front lobes are known to play a very important role in the short term memorization while the hippocampus is critical in consolidating information into long term storage.

To understand the anatomical changes that are happening in the brain as a result of learning or the creation of memories, we need to go back to the basis of brain functioning: synaptic connections.

The Neurological Basis of Learning and Memory

Though we now recognize that there are different forms of learning such as classical conditioning and instrumental conditioning and several types of memory from short term to long term, all these processes in our brain depend on our ability to detect, decode and respond to a change captured by our perceptual systems. For instance, a visual stimulus triggers a response that results in the formation of thousands of synapses in our brain. Our eyes capture photons that our visual neural pathway converts into electrical signals reaching different receptors in the brain via the optic nerve. The stimulus ultimately generates action potentials among thousands of neurons responsible for processing the signal and triggering a response. The signal is either amplified or minimized based on the intensity of the stimulation –the intensity of the light for instance–, its frequency and the presence or absence of the many molecules involved in exciting or inhibiting the chemical exchange in the synaptic cleft such as hormones, neurotransmitters and neuropeptides.

The process of learning and memorization develops neural efficiency by making new synaptic connections or by reinforcing the strength of existing ones. When neurons fire together, they wire together. Neuroscientists call this phenomenon synaptic plasticity.

A considerable amount of brain research has been produced on learning and memorization over the last decade. We understand that learning is produced when the nature and structure of synaptic connections change, especially when postsynaptic neurons are affected by anatomical and biochemical alterations inflicted on axons. Early studies on learning used electrical stimulation within the hippocampal formation, a brain structure known to play a critical role in memory formation. Those studies revealed that the stimulation produced more long term potentiation (LPT). The discovery of LPT proved what Donald Hebb (1949) suggested over 50 years ago while trying to describe a law that would explain the process by which we remember in our brain. Hebb proposed that “if a synapse repeatedly becomes active at about the same time the postsynaptic neuron fires, changes will take place in the structure or chemistry of the synapse that will strengthen it (Carlson, 2008: p 432). More recent research reveals that the process of LPT is largely governed by chemical reactions between important receptors such as NMDA and AMPA receptors. NMDA receptors can actually block LTP by making it impossible for calcium ions to enter dentritic spines, a chemical process that is necessary to strengthen synapses between neurons while AMPA facilitates the release of glutamate which can amplify a post synaptic potential.

The study of structural changes in the brain as a result of learning and memorization has received a considerable boost since neuroscientists have used imaging technology such as fMRI in the mid 90s. With fMRI, scientist can see the brain at work, specifically they can map which areas of the brain are most active in given circ***tances by tracking blood flood. For instance, research conducted by Bogdan Draganski and his colleagues of the Department of Neurology of the University of Regensbug Germany (Draganski &, 2006) demonstrated that gray matter volume increases as a result of learning. The process by which we generate new neurons is called neurogenesis and is the condition that makes it possible for us to increase our capacity to learn and memorize.

Though it is still very difficult for Neuroscientists to crack the neural code of both learning and memory, we do know that the production of new neurons is primarily possible in the hypothalamus, the brain area mostly responsible for creating and maintaining our long term memories. We also know that we do produce new neurons as a result of learning activities at any age, which is why additional research in this area is so critical to the future of neuroscience.